Components including synthetic grass carpet and infill can contain chemicals of concern. Infill made from recycled tire materials – also called “tire crumb” or “crumb rubber” – can contain polyaromatic hydrocarbons (PAHs), volatile organic compounds (VOCs) and metals such as lead and zinc. Some of these chemicals are associated with health effects including cancer, hormone disruption, respiratory problems, and skin irritation. 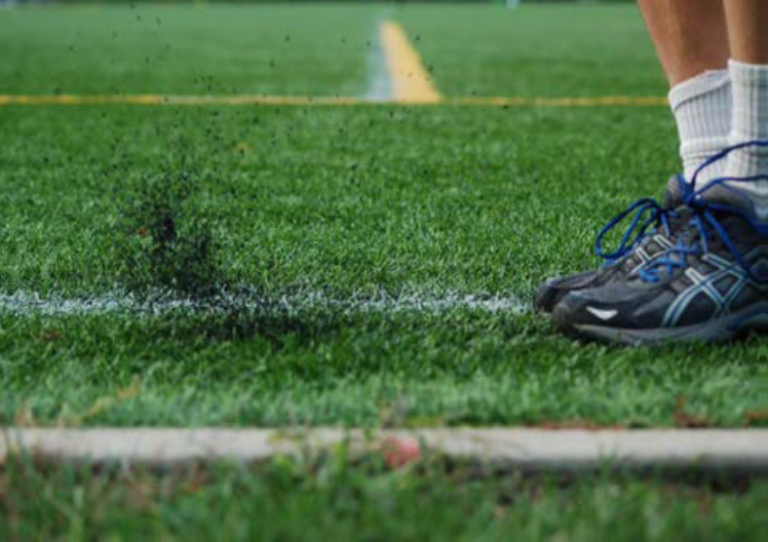 Alternatives to recycled tires can also contain chemicals of concern. Alternative synthetic infills include ethylene propylene diene terpolymer (EPDM), thermoplastic elastomer (TPE), and products made from athletic shoe waste. Mineral-based and plant-derived materials used in infill can include wood, sand, zeolite, cork, coconut hulls, olive cores, and walnut shells. Infill can also be made with acrylic-coated sand. While there is some information about these materials, many of them have not been studied fully. Any synthetic materials used as infill will pose concerns related to introduction of rubber or plastic particles into the environment, along with whatever chemicals may be found in the material. More research is needed on all of these materials. 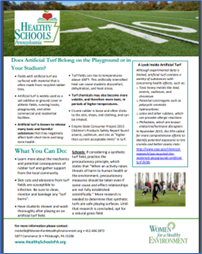 You can also learn more about chemicals in infill by viewing the report, Athletic Playing Fields: Choosing Safer Options for Health and the Environment and the video, “Safer Alternatives for Athletic Fields,” from the Massachusetts Toxics Use Reduction Institute (TURI). A detailed comparison of materials can be found in “Artificial Turf Infill: A Comparative Assessment of Chemical Contents.”

Per- and Poly-Fluoroalkyl Substances (PFAS) are a group of chemicals with water- and stain-resistant properties. They are often referred to as “forever chemicals” due to their persistence in the environment. PFAS have been found as drinking water contaminants in many states. Some of their health effects include impacts on the liver and thyroid, metabolic effects, developmental effects, neurotoxicity, and immunotoxicity. Determining the presence of PFAS in products can be challenging because chemical contents are frequently not disclosed by the manufacturer. However, tests of artificial turf carpet have found evidence of PFAS in the material. For more information see the TURI report, “Per and polyfluoroalkyl substances in artificial in turf carpet.”

Artificial turf can get much hotter than grass. On summer days, artificial turf temperatures have been measured at more than 150 degrees F. This can burn skin, and it increases the risk of heat-related illness for athletes – already a concern as temperatures are rising around the county. For more details, see the TURI fact sheet, “Athletic Playing Fields and Artificial Turf: Considerations for Municipalities and Institutions.” The school district of Burlington, MA adopted a policy prohibiting use of artificial turf fields when temperatures reach a specified level. 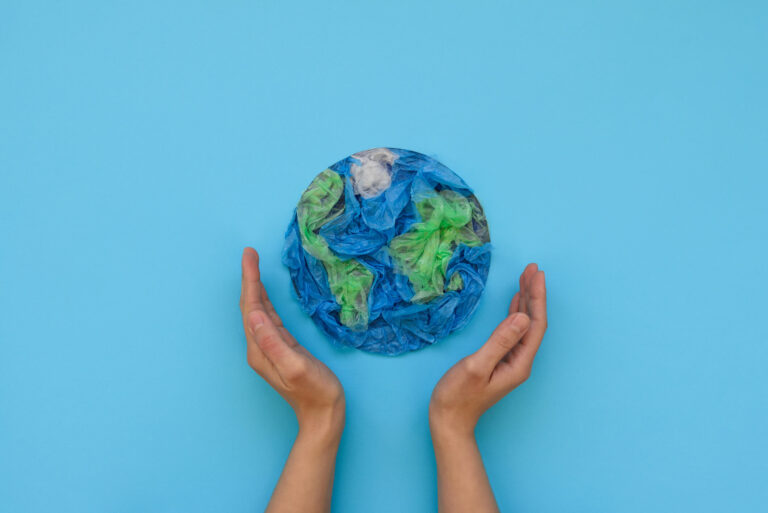 Artificial turf has numerous impacts on the environment. The synthetic grass blades can break off and migrate into the environment, contributing to microplastic pollution. Replacing natural grass with artificial turf reduces habitat for small organisms and reduces absorption of stormwater, which could contribute to flooding problems. Artificial turf fields typically last for 8 to 10 years, after which they are often sent to landfills, adding to the burden of solid waste.

In a few locations in the U.S., toxic chemicals in artificial turf polluted nearby water sources. For example, recent findings indicate that a chemical found in tires is responsible for mortality of coho salmon in the Pacific Northwest. In 2020, reuse of turf in a construction project led to the release of a large quantity of crumb rubber into the Puyallup River in Washington State. A study by the Connecticut Department of Environmental Protection identified concerns related to a number of chemicals in stormwater runoff from artificial turf fields, including high zinc concentrations in stormwater as a particular concern for aquatic organisms.

Natural grass, especially if it is managed organically, is an affordable, practical and safer alternative to artificial turf. It can provide a high-performance surface for athletic activities. Organic care of natural grass focuses on “cultural controls”, including soil testing, frequent aeration, frequent mowing, and use of organic fertilizers and soil amendments. It doesn’t involve use of toxic herbicides, insecticides, and fungicides. 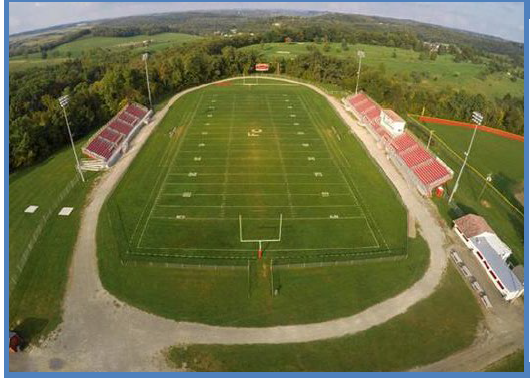 Find guidance, such as a consultant or advisor.

Determine whether rehabilitation or a rebuild of the field is right for your community.

To learn more about artificial turf fields and safer alternatives, see the website of the Partnership for Healthy Playing Surfaces, a collaboration hosted by the Icahn School of Medicine at Mt. Sinai.