Over the years, Women for a Healthy Environment has built coalitions with individuals and organizations to implement policy that helps ensure healthy, happy lives in our communities. While there is still much work to do to ensure environmental health is prioritized in Pennsylvania, WHE celebrates the policy victories that have been accomplished over the years. 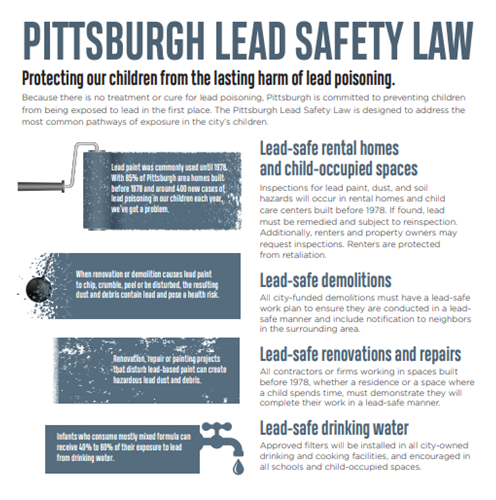 The communications awareness campaign, Get the Lead Out Pittsburgh, collaborated with Pittsburgh City Council to pass The Pittsburgh Lead Safety Law in November 2021. This comprehensive ordinance protects Pittsburgh’s children from the lasting harm of lead poisoning by addressing the most common pathways of exposure: paint, dust, soil, and water. WHE helped develop and implement this awareness campaign and proved valuable in advocating for the passage of the new law. 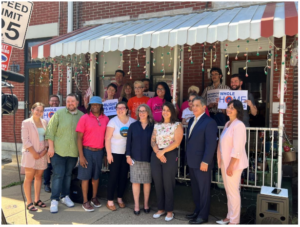 After months of campaigning around the effort, WHE celebrated a major win for our Healthy Homes program when the Whole Homes Repair Act was passed into law in Pennsylvania on July 9, 2022. With this act, Pennsylvania committed to putting $125 million from the American Rescue Plan into creating the Whole-Home Repairs program.

The program serves three primary purposes – 1) funding for home repairs; 2) coordination and technical assistance; and 3) workforce development. This program also provides loans and grants of up to $50,000 to homeowners and landlords whose incomes are below 80% of the area’s median income.  This effort is a major win to all Pennsylvanians because it effectively expands access to healthy homes to every individual in every county in Pennsylvania, which helps alleviate the strain of housing inequities experienced throughout the state. 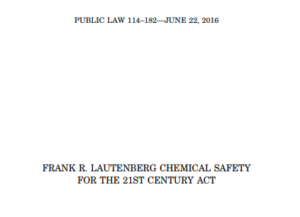 From our inception in 2010, Women for a Healthy Environment rallied around and advocated for the passage of the Frank R. Lautenberg Chemical Safety for the 21st Century Act – and in 2016, the act finally passed! WHE was pivotal in the passage of the Act as we organized several supportive efforts over this six year time, including writing public comments, press releases, and op eds; hosting candidate forums on toxic policies with congressional candidates during the 2010 election, collaborating with safer states and safer chemicals, and supporting and participating in phone call and email campaigns to legislators.

The act has since proved key in spreading public awareness about the environmental health impact of certain chemicals, as it formally amended the primary law that provides guidelines for chemical safety, the Toxic Substances Control Act; the amendment helps allocate funding so the EPA is empowered to provide clear and enforceable deadlines for evaluating chemicals, risk-based chemical assessments, and transparency to the public about harmful chemicals.