Many home furnishings including couches, ottomans, chair pads and beds can include toxic ingredients. The chemical ingredients that make up flame retardants can be linked to thyroid, reproductive, developmental and liver problems. Chemicals known as volatile organic compounds (VOCs) also irritate the eyes, nose and throat and cause headaches. Long term exposure to these toxic ingredients can increase the lifelong risk of cancer.

Furniture repair products are as equally bad for your health. Some contain chemicals that can irritate your lungs, eyes and skin, cause reproductive toxicity, allergies and even cancer.

Most people consider their bed a safe haven, but new research suggests body heat may trigger the release of potentially harmful chemicals from your mattress. Mattresses are known to release minute amounts of gaseous chemicals called volatile organic compounds (VOCs). According to the research, these VOCs come mainly from the polyurethane used in the mattress, but also from other chemicals used in flame retardants and plastics. The unfortunate fact is body heat appears to increase these mattress VOC emissions, according to tests conducted on eight different types of polyurethane mattresses. 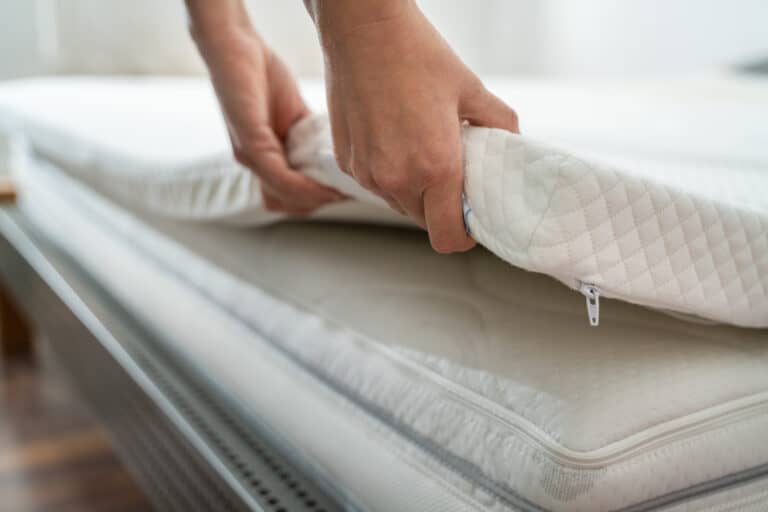 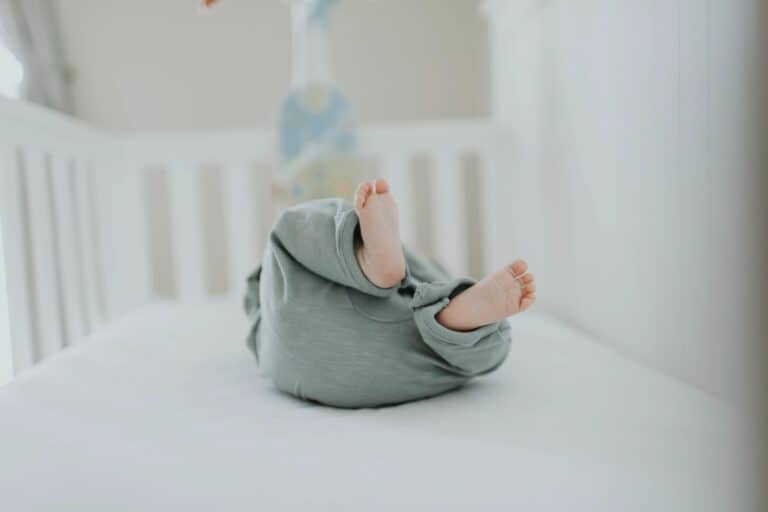 Babies sleep 50-60% of their day. The crib, changing table and other furniture should be made of natural woods and have natural finishes, not chemical finishes. It’s best to seek blankets and sheets made from natural materials including cotton, silk, bamboo and hemp. Look for crib mattresses made from organic cotton or wool, a plastic cover made from a food-grade polyethylene and a natural mattress cover. If there’s one “chemical-free” change you are able to make, select a non-toxic crib, changing table pad and mattress.

Learn how to keep baby safer by viewing the Magee Women’s Hospital of UPMC: Baby Steps to Green Parenting, a guide to environmental health for families.

Toxic Chemicals in Our Couches

Study Tests Over 100 Couches Across U.S.

A new peer-reviewed study released today tested over 100 couch samples from across the U.S. and found that 85% contained toxic or untested flame retardant chemicals. This includes 41% of the couches testing positive for the cancer-causing chlorinated Tris, which was banned from children’s pajamas decades ago.

The study, published in Environmental Science and Technology, emphasizes the failures of inadequate federal laws on toxic chemicals. Weak federal laws have allowed toxic chemicals like flame retardants on to the market with limited health and safety information required. The study also shows an increase in the use of flame retardants in couches, despite no data demonstrating fire safety benefits from the use of such chemicals.

Women for a Healthy Environment submitted samples for this study. “We were pleased our tests came back negative, meaning no flame retardants were detected in our samples. However, many others were not as fortunate,” said WHE’s executive director Michelle Naccarati-Chapkis. “This study is yet another example of how our current regulations are failing to protect public health. We need chemical reform at the federal level to safeguard our families.”

Flame retardant chemicals, like those found in the couches, are associated with cancer, serious adverse neurological, reproductive and hormonal health effects. These chemicals continuously migrate from products to house dust, children and pets. Recent studies show toddlers have three times the level of contamination as their mothers. Children of color have levels higher than the general population.

Dust is the primary route of exposure to these chemicals. Dusting frequently with a microfiber cloth (no need to use dusting sprays!), a wet mop and frequently vacuuming with a HEPA filter will go a long way to reduce exposure. Studies have shown frequent handwashing with soap and water will also decrease exposure

Connect to the Healthy Building Network product guide and database to learn more about chemical hazards and health impacts and how to choose the right type of product during home construction or renovations.

A room selected for the nursery should offer adequate natural light. Daylight helps increase vitamin D, which is essential for the development of healthy teeth and bones. Natural light also helps regulate circadian rhythms to help babies adjust their sleeping patterns to a 24-hour day. Since babies nap frequently, adding organic window treatments to control sunlight will help babies settle in for daytime sleep. Include non toxic, air purifying houseplants in decorative planters on shelves out of the reach of children for a pop of natural color and to create more oxygen while removing harmful toxins from the air. 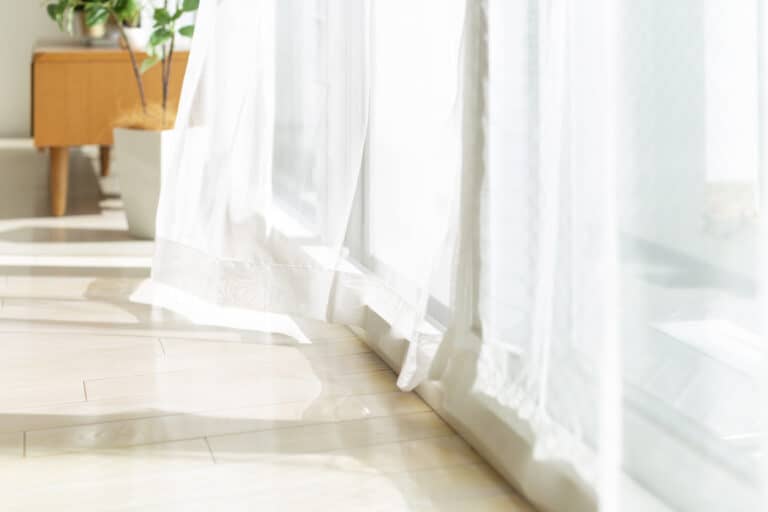 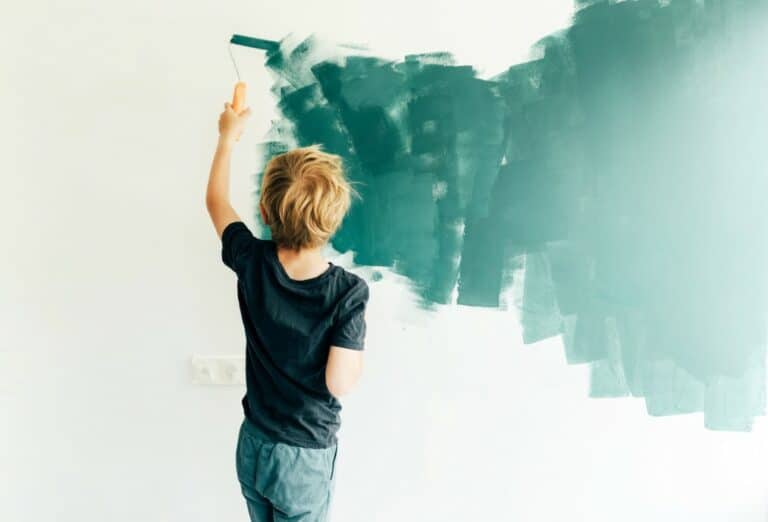 Certain paints release volatile organic compounds (VOCs) which reduce indoor air quality and linger in nurseries for months after the room is painted. The air pollutants VOCs release can affect children much greater than adults. Be aware of chemicals present in the paint used in the nursery color palette prior to baby being born and seek paints with low or no VOCs. When shopping, speak to a sales associate about safe paint options for nurseries and select a paint that doesn’t require a primer for fewer chemicals. Water-based or milk-based paints can also be considered as safer alternatives.

Carpet is a breeding ground for bacteria and requires constant cleaning to maintain a safe space for crawling babies. A safer alternative is hardwood flooring and throw rugs, which are easily machine washed. Review the hardwood finish. Many finishes contain formaldehyde and volatile organic compounds (VOCs). Natural finish offers the best selection, as well as carbon negative flooring products, which use selective harvesting and other sustainable timber management practices during the milling process to reduce the amount of carbon dioxide in the atmosphere. 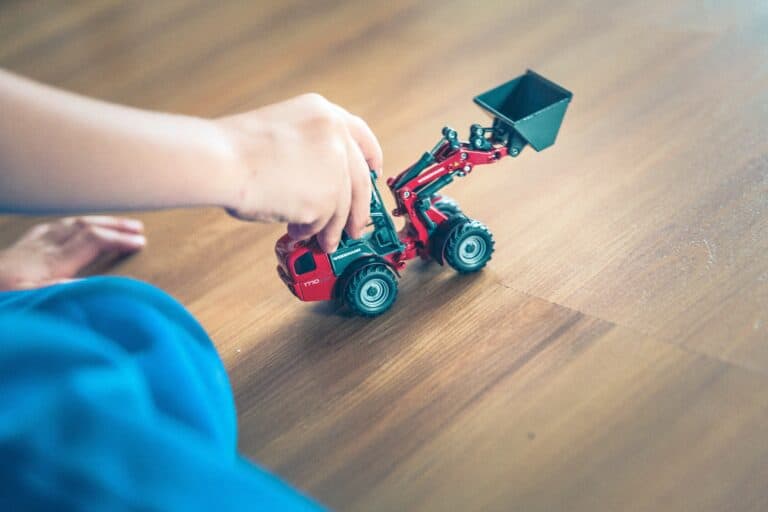 Other natural flooring includes bamboo, cork flooring and wool carpet. Note that laminate flooring is not a substitute for hardwood. Many only have a thin layer of wood and are attached together with toxic glues. Also beware of PVC flooring and other PVC products. The VOCs they emit contribute to poorer indoor air quality. Polyvinyl chloride (PVC) is commonly used in flooring, wall covering and ceiling material including vinyl tiles. If a flooring renovation is not in the budget, clean existing carpets with pure steam. Alternatively, some carpet cleaning companies offer a chemical-free service. 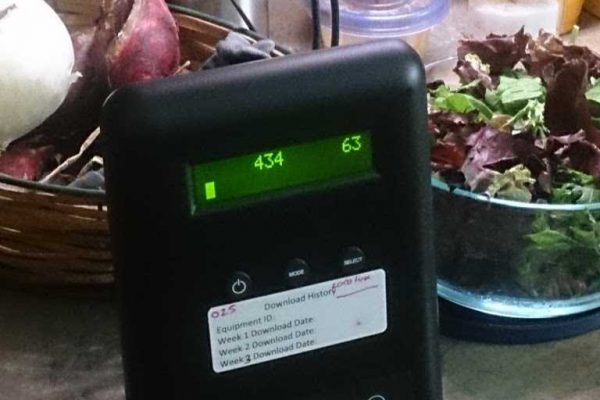 Pennsylvania has one of the most serious radon problems in the United States. Approximately 40% of homes have radon levels above the Environmental Protection Agency’s action guideline of 4 picocuries per liter. Search for radon test data by zip code and learn more about radon exposure in Pennsylvania.

Radon is a radioactive gas found in many buildings, including schools, homes and offices. The breakdown of uranium in soil, rocks and water forms radon’s radioactive gas. Radon exposure is the second leading cause of lung cancer deaths in the United States, second only to smoking. The ideal time for radon testing in the home is during late fall and winter months.

Commonly shortened to“red list” the Product and Building Materials Red List developed by the International Living Future Institute (ILFI) as part of its Living Building Challenge is a compilation of chemicals and materials harmful-to-humans. Reference this list to help select alternative building materials during home renovations.